Apr 27, 2022 | Michelle Muller
Share on Facebook
West Virginia is a state of dizzying beauty. And now, it gets another notch on its belt—and a more recent decree heralding its scenic beauty—with the designation of New River Gorge as the country’s 63rd national park and preserve. This is the third-such designation in the past two years, following 2019’s induction of Indiana Dunes and New Mexico’s White Sands, and it happened fairly quietly. 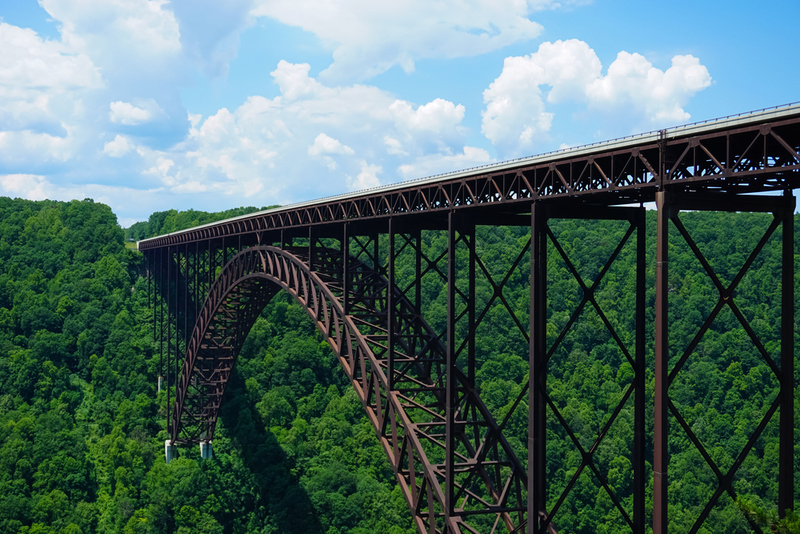 Shutterstock
This designation will protect 65,165 acres of lush Appalachian forest and mountains as part of the park and 7,021 acres in and around the gorgeous not-so-new river.

This is just the sixth preserve and national park, and it’s a very big win for hikers, mountain climbers, rafters, and anyone else who enjoys the great outdoors. According to Outside, National Park status allows nature to continue its triumphant work by presenting the best environmental protections we have, including more formidable tools for river cleanup and mountain-face protection. It’ll also give an expected 20% boost to West Virginia tourism, per Capito. Being a national park is so much of a gold standard of approval and excellence. If you listen closely, you can hear the thud of Mountain Mamma and Mamma Nature giving a loud high five. 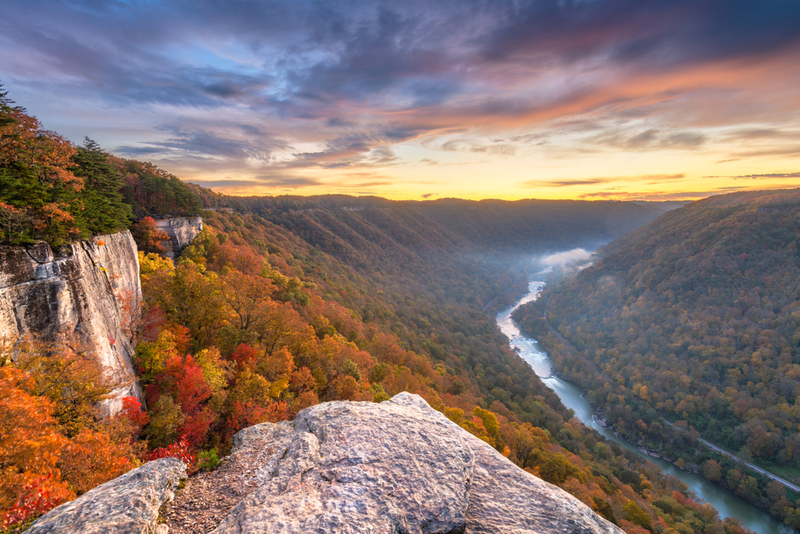 The gorge’s modern history wasn’t always one of serene natural beauty: From the late 1800s to The Great Depression, New River Gorge was the wild west of coal mining—smoke spewed out of ovens, with workers often perishing in explosions, cave-ins, or gunfights. If workers weren’t squandering their cash at the now-disenfranchised Dunglen hotel and casino across the river from the town of Thurmond, they were burying it. “The only difference between hell and Thurmond was that a river ran through Thurmond,” the saying went according to The Los Angeles Times.

The Ghosts of Mining Days Past

Eventually, the mines went silent. In 1978, the area was designated as a national river, though the ghosts of mining days past are still present in their eerie yet fascinating glory now that the area is protected. Nature’s green tentacles have smothered the coal machinery and turned the towns that used to accommodate thousands of miners into abandoned buildings. In Thurmond, New River’s former heart, there are still a handful of people and a visitor’s center, but Nuttallburg, with its historic conveyor, and Kaymoor, found 821 steps far into the gorge that only has ghosts paying taxes. New River Gorge carves a breathtaking sample through the Appalachian mountains—the longest and deepest in the range—with all kinds of undisturbed wildlife.

Foods You Should Never Eat on a Plane
Unfortunately, you really shouldn't eat those options on a plane, both for your health and for the sake of your fellow passengers.

US Customs Will Never Let You in With These Harmless Items
Got any souvenirs from your vacation? Well, if you weren't careful, even the most innocent items could get you in trouble.