Always remember the golden rule in getting a tattoo: Never use foreign language symbols without consulting an expert first! Famous pop icon Ariana Grande was in for a rude awakening after she revealed her fresh new tattoo and found out that it actually didn’t mean what it was supposed to mean. Following the success of her popular single “7 Rings” (becoming the pop star’s second top single featured on Billboard Hot 100), Grande decided to get inked with Japanese Kanji characters as a means to celebrate her song. The song was inspired by a binge shopping experience together with her best friends and revolved mostly around abundance and lavish living. 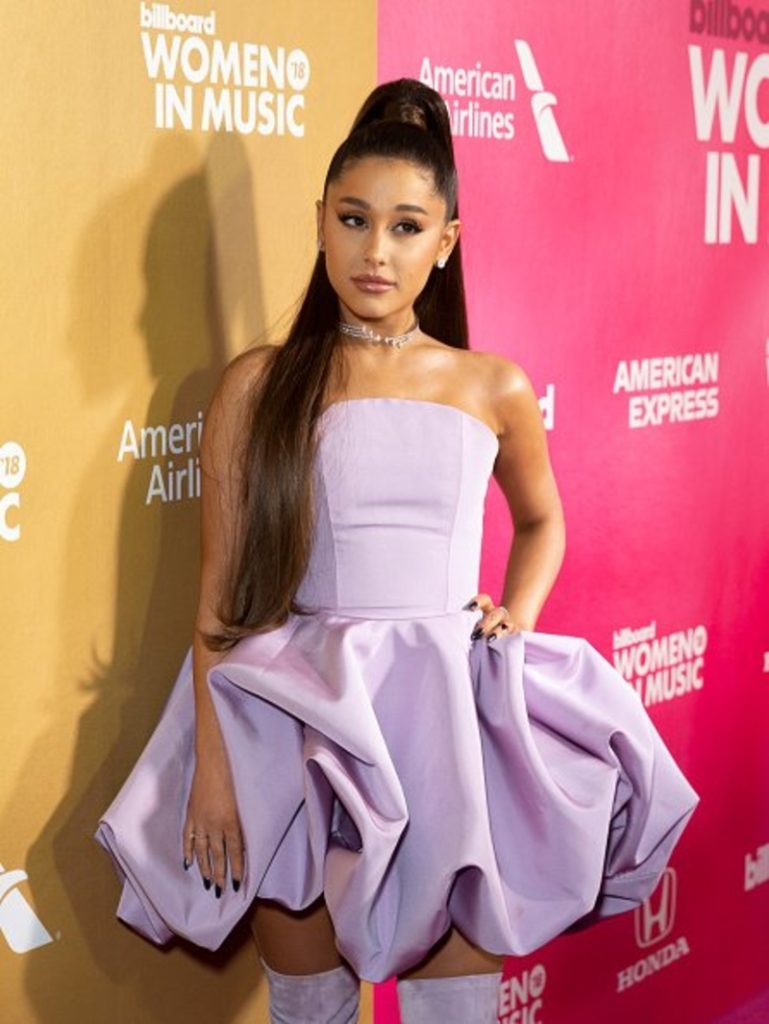 “7 rings” in correct Japanese Kanji should be “七つの指輪”. Fortunately, Ariana managed to get this one right on the title card of the song’s music video. However, her tattoo that meant “Thank U, Next” went like this “七輪”. Kanji is a tricky language though, and you simply can’t mix different characters together and assume that they would retain the same meaning.

The pair of Kanji characters, “七” and “輪”, individually signify “seven” and “ring”, accordingly.  However, if you put them together, they would create a completely new and different meaning. The actual translation, “七輪” or “shichirin” denotes a tiny charcoal BBQ grill in Japan. So apparently, Ariana Grande sports a tattoo on her left hand inspired by Japanese BBQ.

The Tattoo Up Close 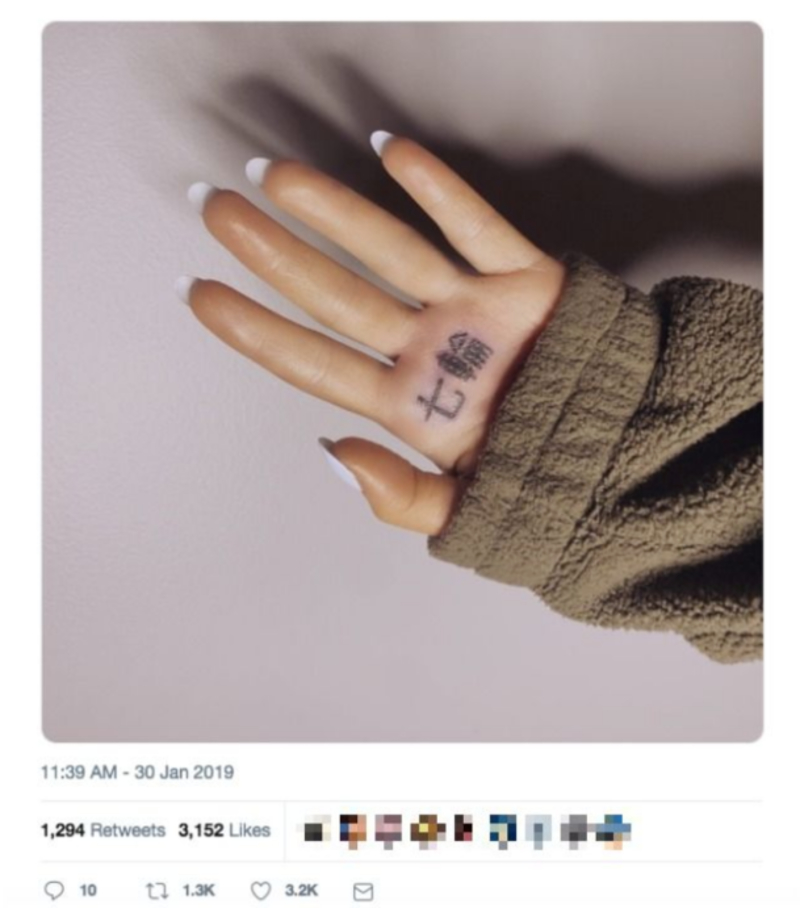 It didn’t take long for people to notice Grande’s disastrous ink job and quickly responded with their own funny comments. The image was immediately removed from Ariana’s social media accounts but we all know that it would remain eternal thanks to a little trick called screenshot. The pop star eventually became aware of the real meaning of her Kanji tattoo but changing it wasn’t as simple as you might think. After consulting with her Japanese tutor, she was advised to add the Kanji for “finger” in there to assert the meaning. However, the singer added it in the wrong place, which changed the meaning to “Japanese barbecue finger.” Not much better. Changing it again seems to be out of the question as the palm is an incredibly painful place to ink. However, since the skin there is in constant friction, palm tattoos tend to peel off eventually so she might just let nature do its thing.