An Autistic boy in New York succeeded in leaving a lasting mark in the world after he was requested by his teacher along with his classmates to make a poem involving their personal lives. The boy examined his innermost persona and articulated his genuine feelings in his poem. Today, his reflections are influencing countless other people across the world.

The ten year old boy, Benjamin Giroux and his fellow students in class were assigned with a unique homework to create a poem. But they weren’t just told to write just any kind of poem, however. They were instructed to write a poem wherein, after a sentence or two, the phrase “I am”, would commence as a means to portray how they felt regarding themselves. 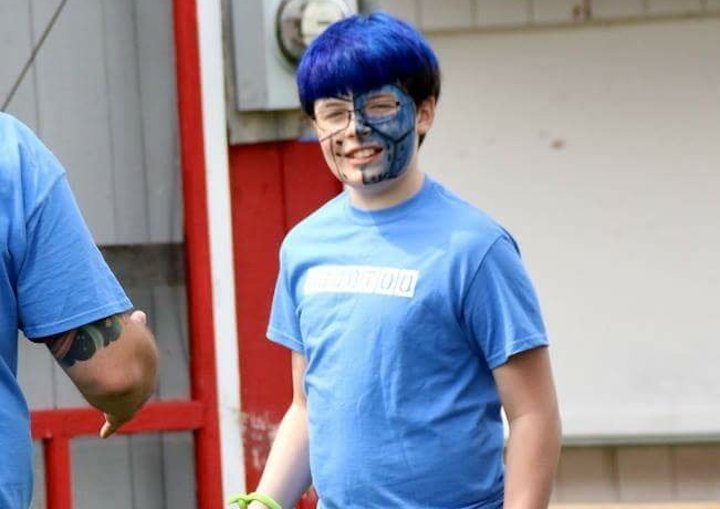 Benjamin wasn’t normally good at expressing his own feelings in person, much more in poetry. Nevertheless, he amazingly succeeded in ascending himself in this particular assignment. Following some deep personal reflection, Giroux created a poem that would inspire his teacher and countless others.

Putting it All on Paper

Benjamin started reflecting on his own unique individuality and transferred his thoughts on paper. “I am odd, I am new. I understand now that so are you,” a section of the touching poem revealed. “I say I, ‘feel like a castaway.’ I dream of a day that that’s okay. I try to fit in. I hope that someday I do.” 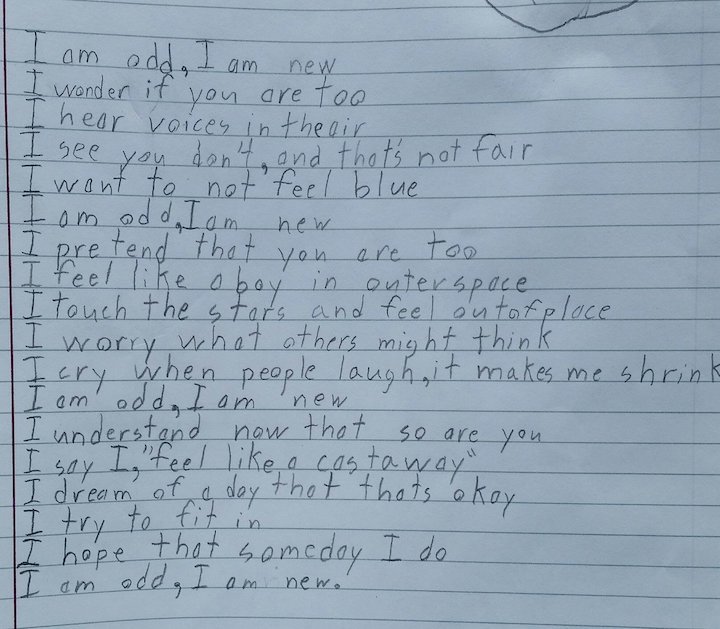 After reading the poem, the boy’s mother and father quickly went into tears. “At first, we felt sad and hurt that he feels isolated, alone, misunderstood and odd at school,” his dad Sonny shared during one interview. “As the poem went on, we realized that he understands that he’s odd and that so is everyone else in their own way, which is what Ben wants everyone to embrace.”

Touching the Hearts of People

Following the decision of Benjamin’s parents to share the poem on the web, it instantly became viral. As a matter of fact, even the National Autism Associated posted it on their own Facebook page. It went on to become shared more than 40,000 times through the iconic hashtag #OddToo.

In recognition of his poem and its impact to the world, Benjamin Giroux, a boy suffering from Autism, garnered various awards and his very own words have even been featured in a children’s book. Additionally, Benjamin obtained countless letters from people in various countries and places who were touched by his words.  He also continues to flourish in his studies and has transcended his work from poetry to art and music.

This Young DJ Rocked His School in the Best Way Possible
Cael Bell from Manchester used his lunch break to host and DJ an actual party at his school's bathroom.

Grandpa’s Graduation: This Man Never Gave up on His Dream
The usual course of life these days stops at the life stations of school, college, job, marriage, family. Usually in that order. But that's not how the life of Giuseppe..