Jul 16, 2021 | Zoe Karbe
Share on Facebook
It looks like Carole Baskin will forever be haunted by “Tiger King.” The Netflix documentary that rocked us all exposed the cruel world of big cat handlers and breeders. Of course, it revealed a lot more than that. Among the strange gang of tiger freaks was none other than the supposed animal activist, Baskin herself, who seemed to involved in another scandal; the mysterious disappearance of her billionaire ex-husband Don Lewis. 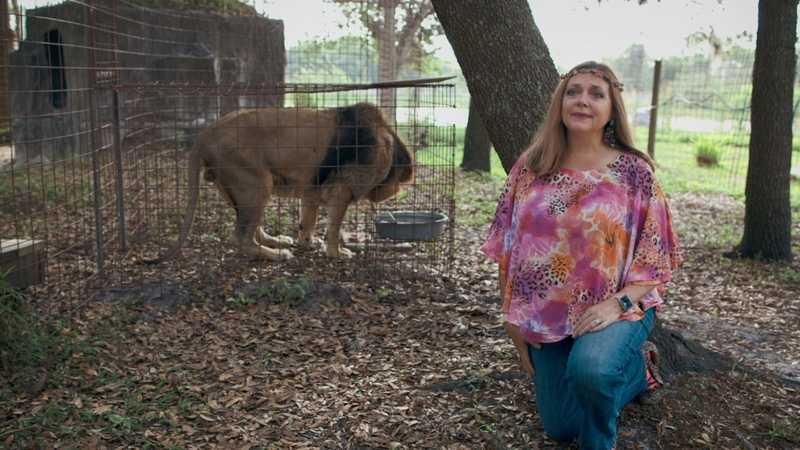 It’s been a good while since the series aired. After a storm of memes, internet trolling, and crazy online conspiracies, Baskin finds herself once again on TV, this time strutting her stuff on “Dancing with the Stars.” Sady, she still seems to be under the cloud of the notorious documentary. In week two of the beloved dancing reality series, the big cat lover opened up about the terrible impact that “Tiger King” has had on her life.

In the teaser for the episode, Baskin was shown crying saying “I keep it inside,” to her pro dance partner Pasha Pashkov. “That is the absolute worst of this,” she tearfully says. Clearly, the big cat enthusiast has not had an easy time since the release of the film. Throughout the documentary, there is a strong allusion to her being responsible for the disappearance of her husband.

Don Lewis reportedly vanished on Aug. 18, 1997. According to both the report and the film, deputies found his abandoned van at a nearby airport, where he was supposedly about to take off for one of his frequent trips to Costa Rica. Ever since his disappearance has remained a total mystery. Lewis’s ex-wife and family have long suspected that Baskin was involved, but she of course denies all allegations. Baskin has expressed how wrong Netflix got her and that all she wanted to do was take care of animals in danger.

What’s Next for Baskin?

Baskin was eliminated from DWTS after three episodes during which she got alarmingly low scores. She has since been focusing on her big cat shelter and politically supporting Republican party politicians.

The 6 Most Insane Conspiracy Theories About Meghan Markle and Prince Harry
Prince Harry and American actress, Meghan Markle, dated for just over two years before announcing their engagement in November of 2017. On the 19th of May, 2018, they were..

Martha Stewart: What Does She Really Eat?
Martha Stewart has built an impressive kitchen empire. But what does her own diet look like?