Prince Harry and American actress, Meghan Markle, dated for just over two years before announcing their engagement in November of 2017. On the 19th of May, 2018, they were married and then, just a few months later, the royal couple announced that they were expecting their first child. Due in April 2019, the little bundle of joy marks a perfect procession of royal events. But is it for real? 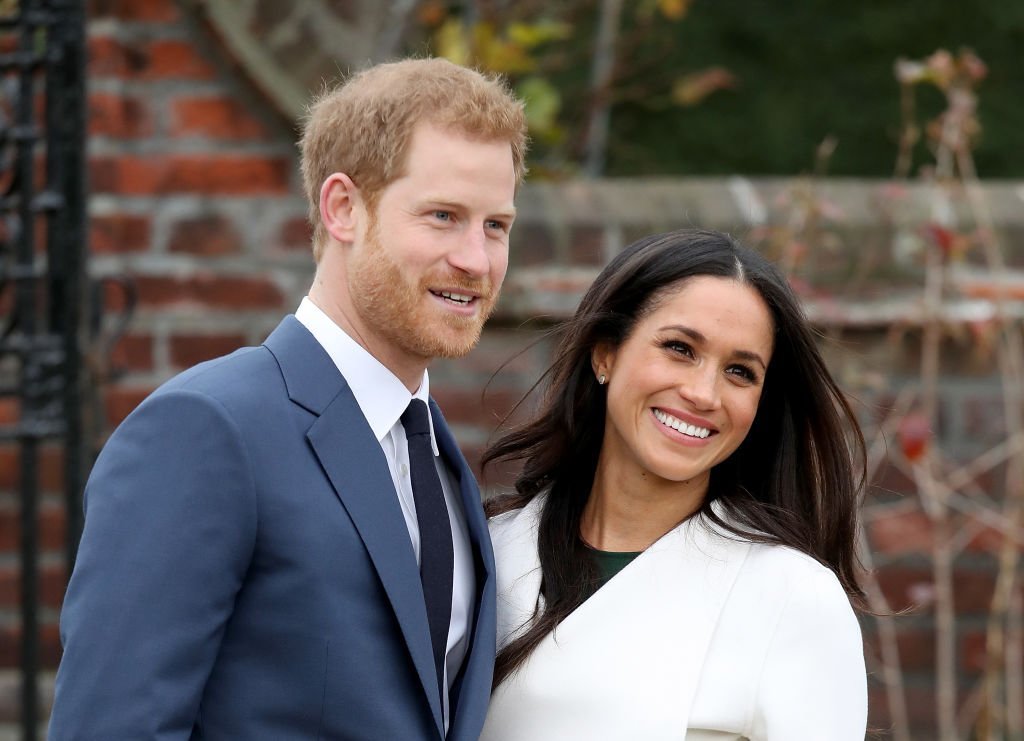 Claims that Meghan’s pregnancy has been faked are among just some of the crazy conspiracy theories currently orbiting the newest royal couple. Indeed, the internet has been a hive for these type of obscenities, and many people claim to have legit inside information on scandals, cover-ups, government interference and royal lies. We’ve collected the most out-there claims for you to have a giggle at… unless you think there’s a possibility they could be onto something? Read on to find out.

On October 15, 2018, Prince Harry and Meghan Markle made the announcement that royal enthusiasts the world over had been hoping for: Meghan was pregnant. Along with the excitement and jubilation of their fans came a sinister undercurrent of doubt from the internet’s finest conspiracy-wielding trolls. The royal pregnancy was denounced as a publicity stunt with “proof” presented in the form of photographic analysis which supposedly demonstrated that Meghan’s bump took on different shapes in different pics. To be honest, we’re surprised Meghan’s supposedly shape-shifting baby bump didn’t draw rumors that she’s carrying an Illuminati lizard baby… though perhaps all the reptilian overlord-related conspiracies are getting around in the darker corners of the web we didn’t delve into. 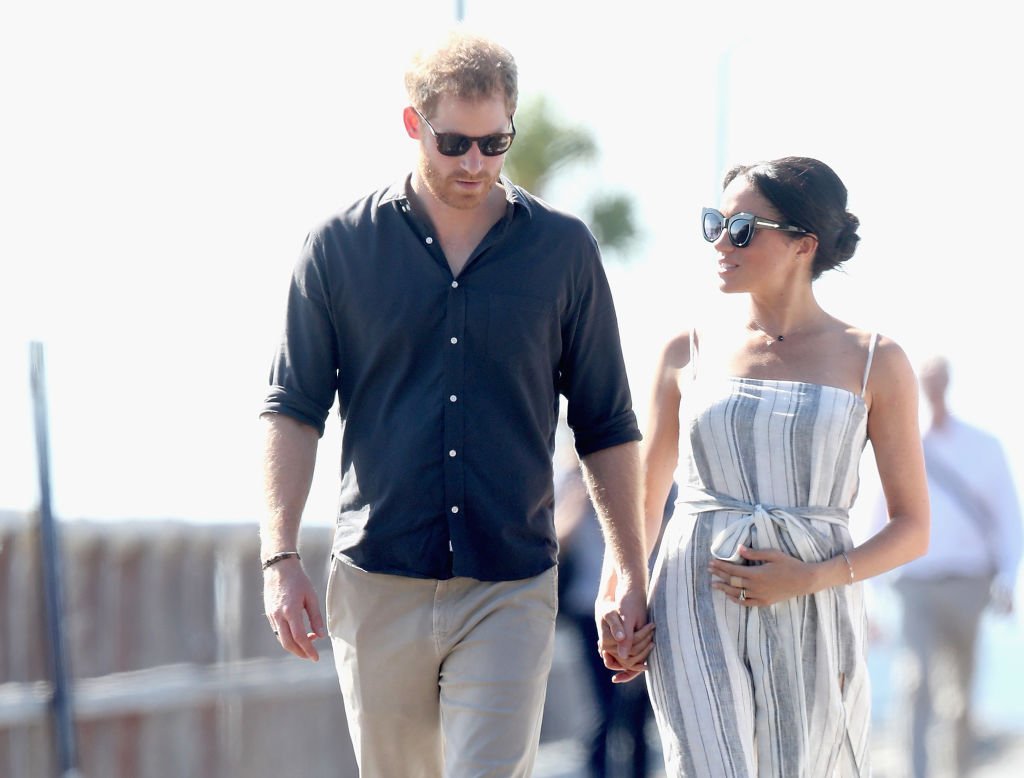 This conspiracy commenced with a single tweet from a sharp fellow who saw a possible dastardly endgame to the marriage between Prince Harry and American actress, Meghan. The man explained that any children the royal couple has will be American citizens thanks to their American mum. This, he said, means they’ll be eligible to run for American presidency while also being in line for the British throne. The man concluded that the “Brits are playing long-ball here, but it’s a smart move. They want America back and this is how they’ll do it.” This single tweet sparked instant internet controversy with rumors flying that Meghan was nothing more than a political pawn being used to suck American back into the Commonwealth. What do you think? Could 4th of July celebrations and the pride of American freedom soon be relics of the past? 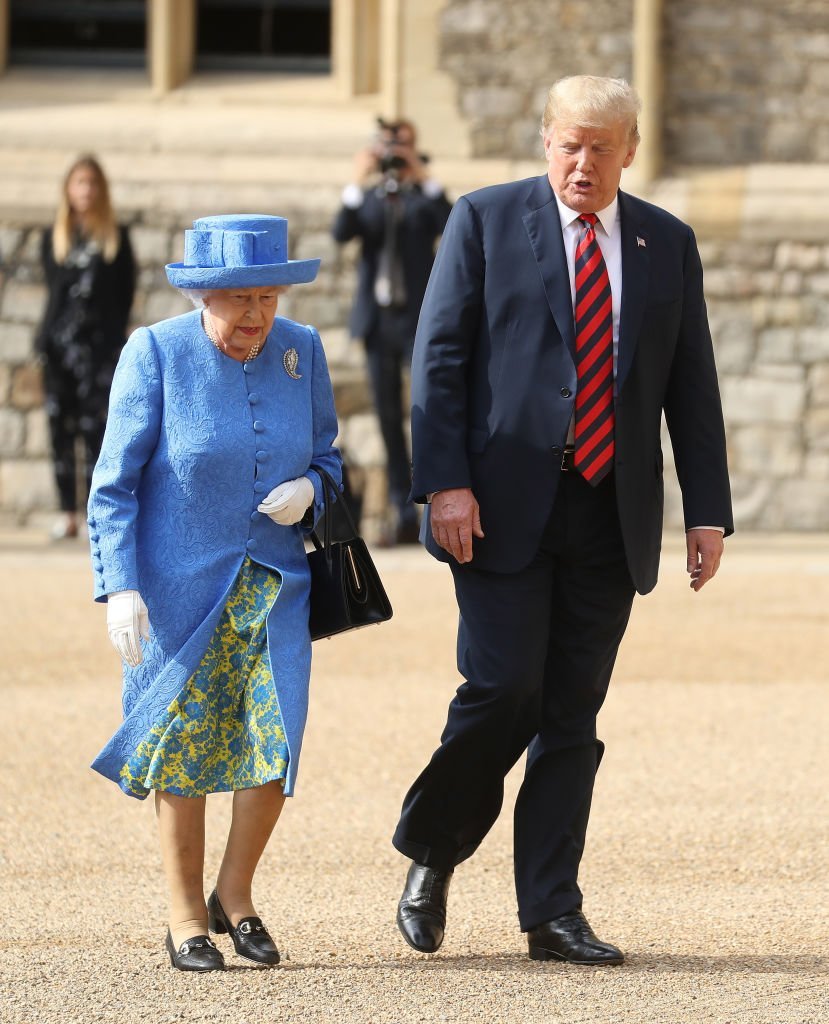 If you’ve seen the delightful British romantic comedy, Love, Actually, you may have noticed the story of young Sam and his American love interest, Joanna, is pretty similar to the romance of Harry and Meghan. Young Sam is in mourning over the death of his mum, much like Harry who lost his mother, Princess Diana, at around Sam’s age. Sam goes on to fall in love with one of his classmates who just happens to be an American singer and actress… just like Meghan Markle. While this conspiracy theory sounds ridiculous at first, you’ve gotta admit, the similarities are kinda striking. And this is just one of many conspiracy theories still going round about Princess Di and her untimely death. 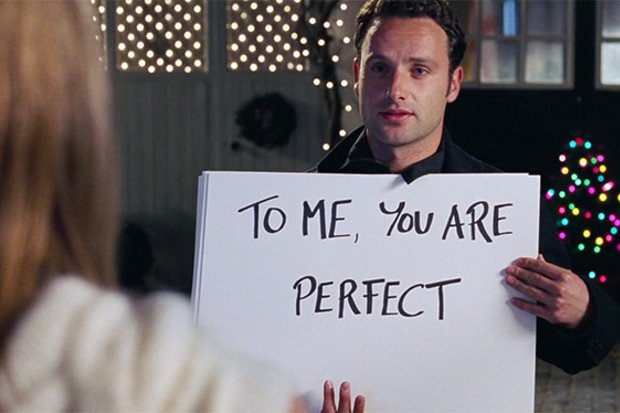 Yes, you read that right: shoe protocols. This is one of the sillier theories to do the rounds. It is apparently a well-known fact that the Queen thinks wedged shoes and flat sandals are for peasants. Yet, at a royal outing in Fiji during October of 2018, Meghan dared to make an appearance in a pink floral dress and a pair of Castañer espadrille wedges. Meghan was scheduled in for a 15 minute meet and greet with the public. However, her outing was slashed to just six minutes with little explanation offered at the time. This inspired a number of conspiracy theorists to postulate that the Queen herself had ordered Meghan out of the country as punishment for her royal fashion faux pas. While a security risk was eventually cited as the real reason, it is possible that this was a convenient cover-up for the Queen’s secret shoe grudge. What do you think? 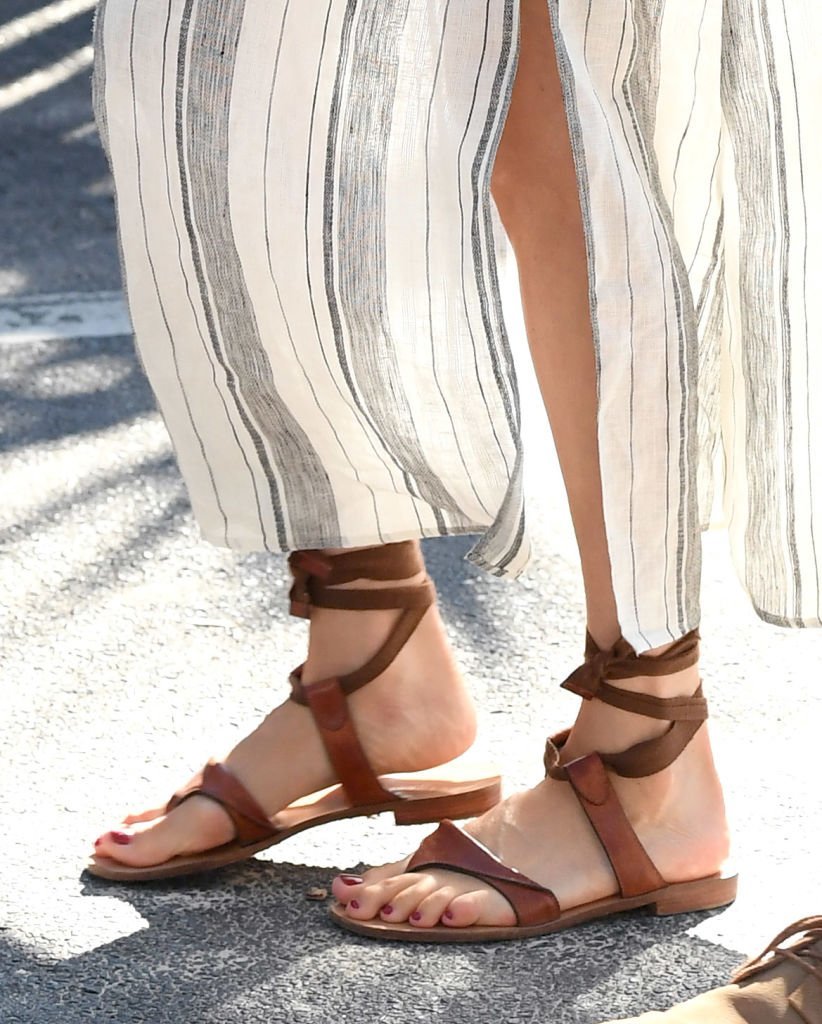 The Queen intercepted a broadcast announcing the royal relationship

Back in 2016, when Harry and Meghan’s relationship was still under wraps, a This Morning segment went to air, leading in with a claim that they were going to announce something about the royal family. Before they could reveal what they had to say, however, the broadcast was interrupted by “technical difficulties.” The conspiracy theories started erupting almost instantly with theories flying out fast and loose about the royal family having the power to instantly veto announcements they didn’t want made. One viewer tweeted, “#ThisMorning technical difficulties while talking about the royals? Hmm, suspicious….” These theories resurfaced when Harry and Meghan’s relationship was eventually announced. 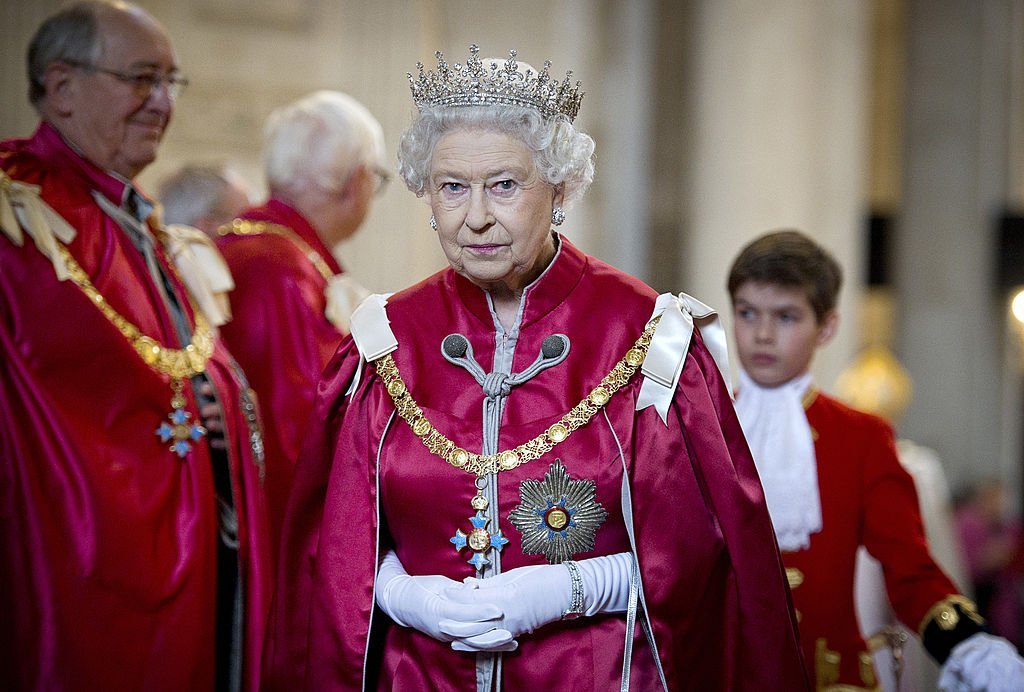 We saved the best one for last. This epic conspiracy theory was kicked off by actor, Paul Bettany, during an interview on The Tonight Show Starring Jimmy Fallon. He told Jimmy, “I think that Meghan Markle might be a sleeper agent for the U.S. government. The dad doing the photos thing, it’s like a false-flag event, I think the C.I.A.’s involved—everybody. I think Piers Morgan’s involved.” While he was clearly having a laugh, Bettany was also speaking to the many people who were, like him, a bit over constantly hearing about the new royal couple. Although, having said that, it would be amazing if this theory and the one about the Brits trying to win back control of America were both true! 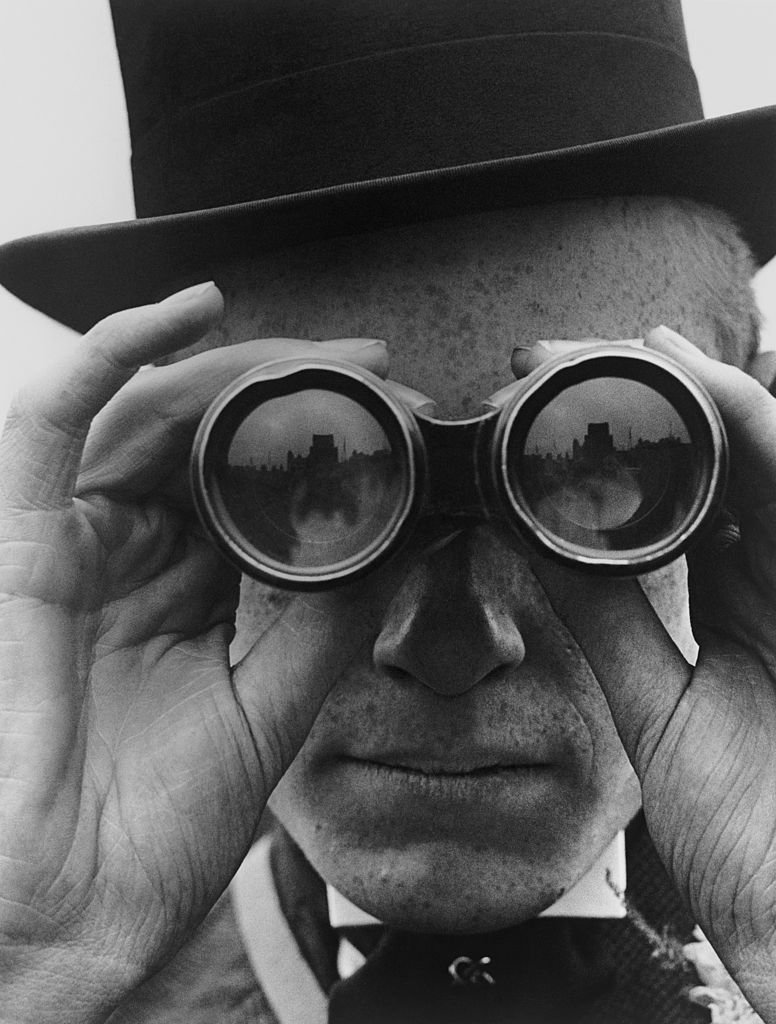 The Post “Tiger King” Carole Baskin
It looks like Carole Baskin will forever be haunted by "Tiger King." The Netflix documentary that rocked us all exposed the cruel world of big cat handlers and breeders. Of..

Sophia Loren Is Not Going Anywhere
One of the newest films to top the Netflix ranks is "The Life Ahead", featuring Sophia Loren, who is now well into her 80s.