Lending a helping hand can sometimes be more than just helping an old lady cross the street. It can be a truly heroic act. Especially if the one you help is a being that can’t even ask for help on its own. Just like John Cassabria who saved a dog during a regular day at work.

Can you hear that?

It all happened when Cassabria was hard at work as a delivery man in Massachusetts. He was delivering packages in Woburn when he heard something out of the ordinary. At first, he didn’t understand what it was exactly, but he knew it needed his attention. According to him, it sounded like a mix of siren noise and howling. He followed it and reached the fence of an unknown backyard in someone’s house, and saw the source of the sound.

In the backyard was a pool, and in the pool was a Siberian husky, desperately trying to get out. It was clear that the dog had fallen in by accident and that no one was at home to help it out. This is where Cassabria stepped in. He rushed into the yard, jumped in the water, and saved the poor pup. He didn’t know whose house this was or what was the name of the dog, or even if the dog was still alive, but he did what his heart told him, which, thankfully, was the right thing to do. 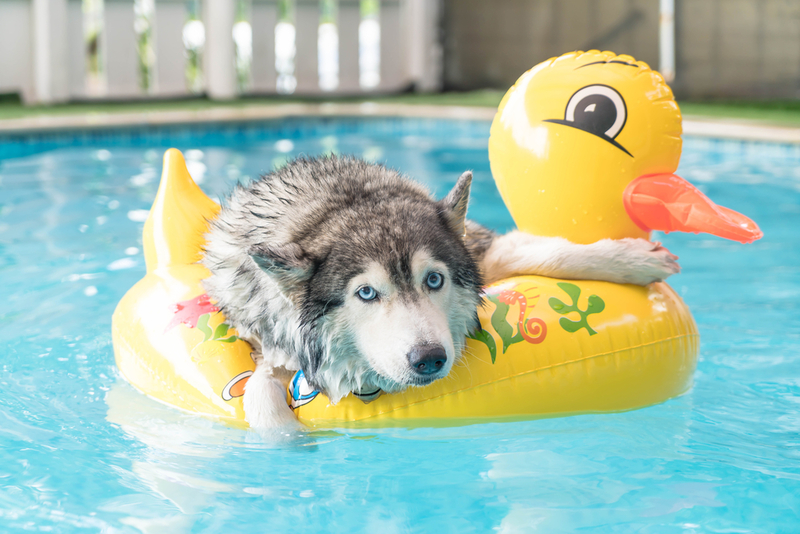 Cassabria wasn’t done being a hero. He didn’t settle for getting the dog out, but he also contacted animal control and waited with the canine for an hour and a half until they came. In a happy turn of events, the animal control officer who came to the scene knew the owner and the dog, and could even tell Cassabria that the dog’s name was Luka. He contacted the thankful owner, and together they pieced what had happened — apparently, Luka was supposed to stay with a dog sitter who hadn’t shown before Luka went for an accidental dive. Luka may stay far away from the pool for a while, but we’re sure he’s happy with the new friend he’s made in the process.