A Brief Run Down of Zendaya’s Love Life

Nov 21, 2021 | Zoe Karbe
Share on Facebook
One of the most highly buzzed-about Instagram influencers, and advocates for Hollywood’s impossible beauty standards, Zendaya is a force to be reckoned with. As the lead of HBO’s “Euphoria,” the gorgeous actress, is super accomplished. While the gossip mongers always manage to catch little tidbits of her love life here and there, she has managed to keep her private life largely out of the public eye. 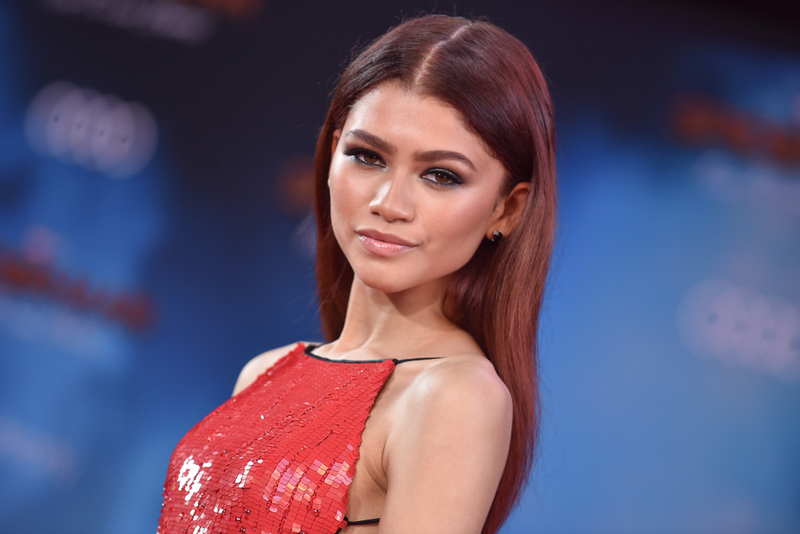 The former Disney star has been linked to some pretty hot celebs. Trevor Jackson for one, whom she met back in her Disney days. The two were “hanging out” for some time Zendaya even appeared in his 2013 music video as his love interest. Still, the two have always insisted that they are just friends. Fine then! In a 2017 Vogue article, the “Euphoria” star did admit having just gone through a breakup after a four-year relationship, and again, everyone jumped to Trevor. But he hasn’t been the only one rumored to be romantically linked to the starlet.

The actress famously starred in “Spider-Man: Homecoming,” alongside costar Tom Holland, who played spiderman. Rumors began swirling around 2017. Once again, both strongly denied a romantic relationship. But then there was the famous Instagram comment made by Zendaya’s close friend Skai Jackson’s mother, Kiya Cole, which conveyed some kind of confirmation of rumors. Of course, that comment was quickly deleted and her account was blocked shortly after. Suspicious!  The questions continued and Tom and Zendaya stuck to their story.

Mid 2019, once again the rumors started swirling over the actress and her co-star Jacob Elordi. Jacob very quickly shut it all down (even though they were caught vacationing together in Greece.) After that, though, Zendaya seemed to be enjoying the happily single life. That didn’t last long, however. In 2021, the actress and Tom Holland were back to being an item when they were finally caught on camera, kissing in Holland’s car right before meeting with Zendaya’s mom! We Stan.

Breaking Down Adele’s Fitness Journey
As the world waited for Beyoncé to debut her long-awaited visual album, based on "The Lion King," Adele (who was waiting for the premiere herself) had something of her own to..

Meena Harris Explains Why We Need Men
Wonder Woman takes place in a nation that is all-female, where women help each other and lift each other up and live in perfect harmony, sans any masculinity. This is similar..