Get to Know Sanna Marin

May 30, 2021 | Ofek Hagag
Share on Facebook
There is a lot we can learn from Finland. And no, we aren’t talking about the way this country braves its harsh winters. We are talking about the fact that this country has produced Sanna Marin. Marin became Finland’s Prime Minister in 2019 when she was in her early thirties, and that’s not even the most amazing thing about her. She is a woman of principles who does a lot for other women and feminism. One thing she’s done was standing at the forefront of a coalition government with four more women. This coalition has been successfully dealing with global crises and implementing an equality program that advocates different gender identities. 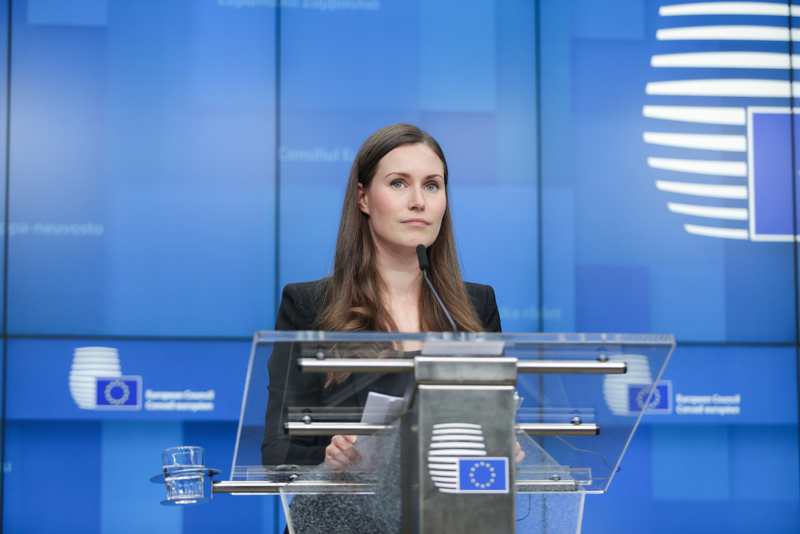 Shutterstock
Having been elected so young, Marin is the youngest Prime Minister Finland has ever known, but that hasn’t stopped her and her coalition of 5 women from turning things around for the better. In fact, she views her age and upbringing (as a daughter to a same-sex couple) as an advantage since it helps her represent youngsters as well as her nation’s interests.

It is no surprise that Finland has elected a feminist such as Marin to lead it, as the country has been setting feminism trends for a long time now. It shocked the world in 1906 when it gave women the right to vote and to be elected into parliament — something other nations had only caught up to after World War I. The people were happy to exercise their new rights and elected 19 women into their parliament the following year. By the year 2003, the country had both female president and prime minister (Tarja Halonen and Anneli Jaatteenmakim, respectively.)

A woman of action

All leaders face challenges, but few face global crises and handle them the way Marin did. While restricting movement within Finland’s borders, Marin’s government also implemented the Emergency Powers Act — something that had been most recently done in World War II. The act gave the government the power to regulate wages and manpower to make sure the country and its citizens remain financially afloat. This strategy was proven useful in dealing with the crises, and positioned Finland, along with other nations led by women (like New Zealand and Germany,) as prosperous during times most of the world isn’t.