We Can All Learn Something From J.K. Simmons and Michelle Schumacher

Now well into his 60s, J.K. Simmons has loads of acting credits under his belt. But one of the most interesting ones is his 2017 portrayal of Steve in the film, “I’m Not Here.” You see, his wife of over two decades, Michelle Schumacher directed, produced, edited, and co-wrote the film, which makes for an interesting work dynamic as people rarely work with their spouse that way. However, he didn’t seem to mind. When asked about working under her command, J.K. jokingly said that it felt natural because just like at home, he does as he’s directed. 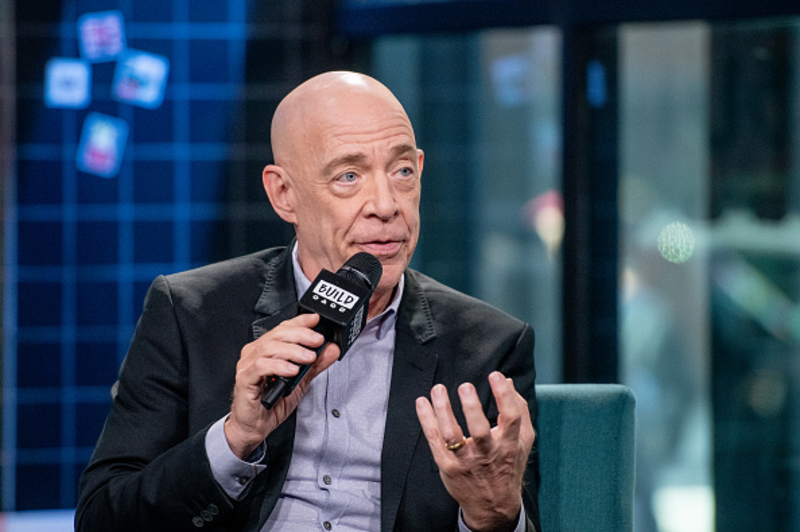 Despite living in the same house, the couple’s only time to talk to each other when they were filming the movie was when they were on set. They’d go home really exhausted, and get ready for the next day.

Simmons and Schumacher together on set

Simmons’ role in “I’m Not Here” is an aging alcoholic, Steve, who is reflecting on the trauma and struggles of his life and how these events isolated his soul. Steve looks back at his life, remembering life’s events that led him to his current state. Sebastian Stan and Iain Armitage play Steve’s younger self with Max Greenfield and Mandy Moore playing his mom and dad. “I’m Not Here” explores inter-generational family dynamics that will get people to slow down and pay attention to their loved ones. In this fast-paced world, we often forget what life is all about, and that’s to make a human connection. Tony Cummings, Schumacher’s writing partner, penned the scripted with Simmons in his mind. Interestingly, J.K didn’t speak in the majority of the scenes; he was voiced over by Stan and Iain, which proved to be an acting challenge for this Hollywood veteran. But having your wife on the set might help you conquer such a challenge. 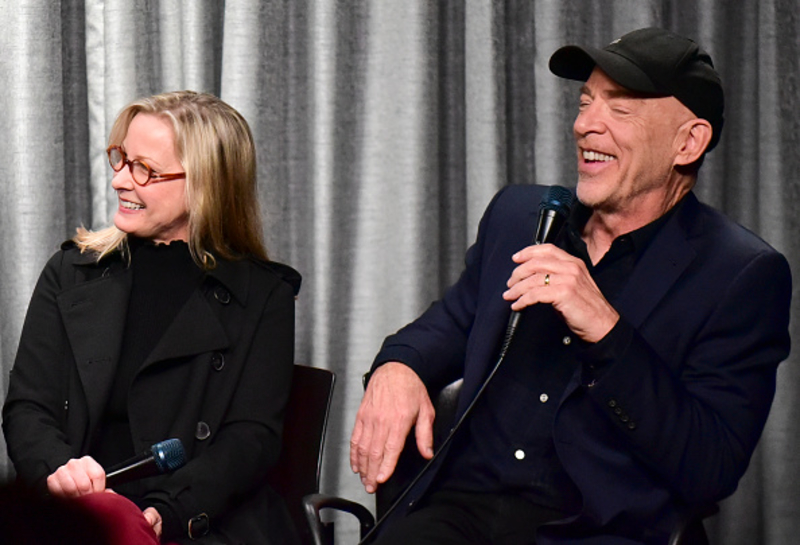 Schumacher and Simmons met in the early 90s as the two starred in a “Peter Pan” stage tour. Simmons played Captain Hook while Schumacher’s role was Tiger Lily. They eventually got married in 1996 and two children: Joe and Olivia. Their daughter Olivia appeared in a bar scene, their son Joe lent a hand in scoring, and Michelle’s brother, Randle, was a producer. Schumacher also says that there are scenes inspired by her love story with Simmons but refused to share which ones.