The History of the Arc de Triomphe

Jun 22, 2022 | Ofek Hagag
Share on Facebook
The Arc de Triomphe in Paris needs no introduction. Everybody knows it and the place is always brimming with tourists taking selfies with this famous monument. But what do you really know about it besides that? 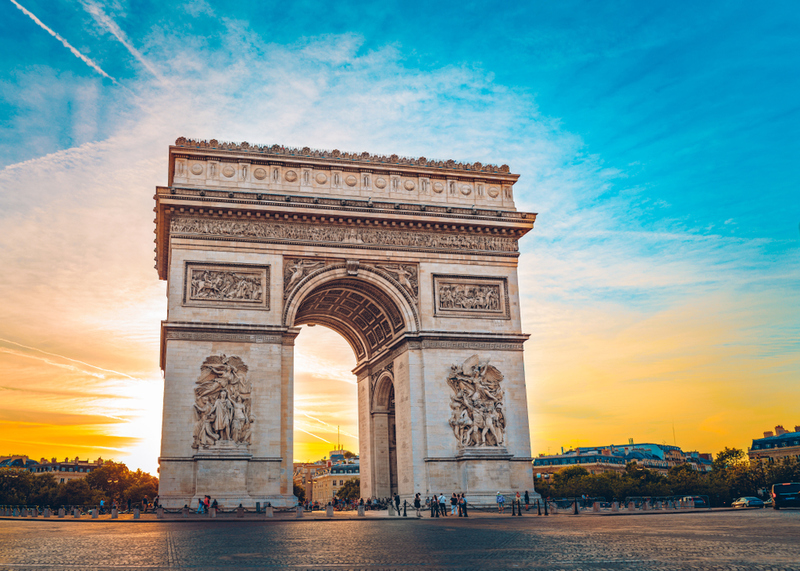 It was Napoleon’s idea

In 1805, after Napoleon’s great success in his European conquests, he promised his soldiers that they would return home “through arches of triumph” and he did not disappoint. It took a while, but in 1806, Napoleon hired an architect, Jean-Francois-Therese Chalgrin, to build that monument of glory and things were set in motion.

Chalgrin and his partner found the perfect place for the arch at Place de l’Etoile (now known as Place Charles de Gaulle). Once fully designed, the first cornerstone was set in place on August 15th, the exact same day as Napoleon’s birthday.

It took a long time

Once the cornerstone was laid, it took two years for the rest of the monument’s foundation to be finished. A fully-designed model was commissioned by Napoleon in 1810, and he could finally get an idea of what the project might look when finished and make some changes he thought were needed. Sadly, Chalgrin passed away the following year and never got to see his biggest project materialize. Completing the arch was delayed for three more years (and would be delayed even further) as Napoleon’s army took hits, he had to go into exile where he finally passed away. The project, however, was never completely off the table, and Jean-Nicolas Huyot, a new architect, resumed it in 1824.

Is it done yet?

So when was it finally complete? Just hold a little while longer. Rather than using Chalgrin’s design, Huyot sought inspiration elsewhere and came up with a new design that was based on ruins he saw in his travels. In 1825, he submitted his design to King Charles X of France. After getting his approval, however, it seems that Huyot had trouble following his own idea and was removed from his own project after mere months during which he wasn’t following the rules. He got his job back and lost it again due to political instability, and in 1832, the project was assigned yet another architect — Guillaume-Abel Blouet, who was able to complete the monument by 1836.