The Hottest Braid of the Moment Isn’t Even a Braid

May 7, 2022 | Alissa Laderer Castleton
Share on Facebook
If you are not the best at braiding hair, have no fear! You are about to get let in on a little secret. You know those amazing luscious braids you see all over Pinterest and Instagram? Guess what? They aren’t braids at all! They give the illusion of a braid by making a ton of little ponytails.  This ponytail method gives you the simulated look of a braid without the hassle. You really won’t find an easier hairstyle for yourself or even your kids! If you know how to tie a basic ponytail, you can recreate this look in mere minutes! 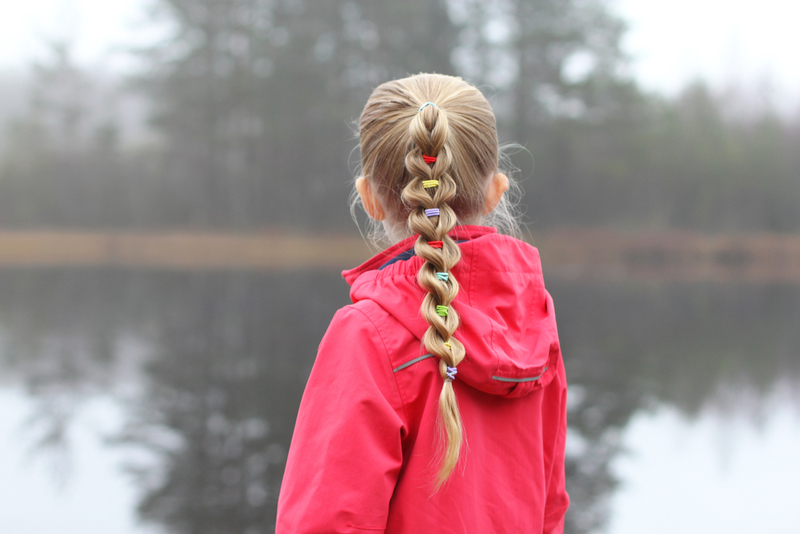 Shutterstock
This faux braid is really versatile. You can make chunky faux hawks, pigtails, and even up-dos. This single version is particularly easy. All you do is tie ponytails. It looks complicated but we assure you, this is very doable! It will be your go-to look for summer picnics, music festivals, graduations, and more! This style works best with long hair that is all one length with no layers. If you are working with shorter hair, check out his pretty up-do that was created on short hair.

small elastic bands (you can get ones specifically for hair braiding!)
hair clip for sectioning
texture powder or pomade (optional)
bobby pins or clips (optional) 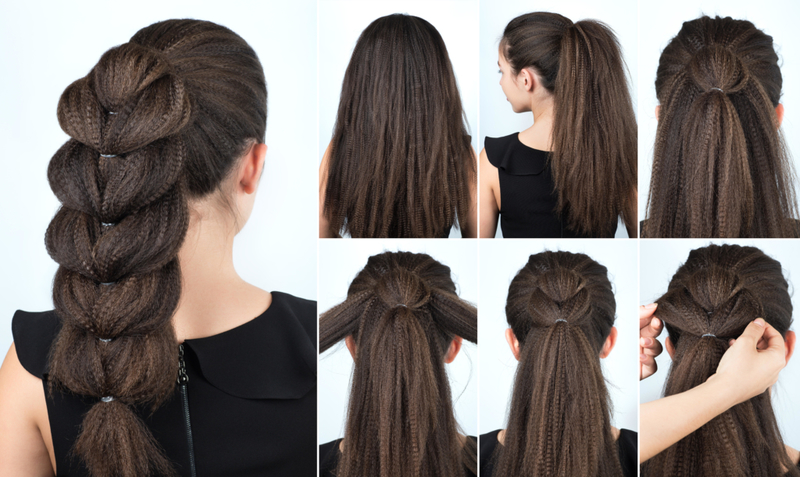 Note:  If you are working with clean hair, you will need to put some product in your hair to dirty it up, such as a texture powder, pomade, wax, or spray. Clean hair is slippery and hard to work with – you will need to add some grit to make your hair less silky.

Take a small section of your hair from each corner of your forehead. Use a small elastic to tie it into a ponytail.
Gather a small piece from the ponytail. Take it and wrap it around the elastic band. Slide a bobby pin under, through the strands, and attach it to the hair elastic. This will hide the elastic.
Using your clip, secure the first ponytail to your head to make sure it is out of the way, and using an elastic, make a second ponytail just underneath the first one.
Let the first ponytail down and make two sections.
Take the second ponytail and pull it up through the two sections and clip it up.
Using another elastic, make a third ponytail under the second one. Take the ends of the first ponytail into it as well.
Unclip the second ponytail and separate it into two sections.
Take the third ponytail and bring it up between the sections and clip it up. Take the ends of the second ponytail and add them to the next ponytail. Keep working in this way down the hair.
When you get to the nape of the neck, tie the last ponytail with the rest of your hair. This part gives the illusion of the French braid. The rest will be a regular pull-through braid.
Let the top ponytail out of the clip and tie another elastic about 2 inches below the first elastic.
Using your fingers, separate that section and pull the bottom ponytail up through the opening to it now is the top ponytail. Repeat this until the end.
Tie one final elastic around all of the end of the hair.
Finally, pull gently on all sides of the braid to make it messy and wider!

Foolproof Tips to Make a Camera Love You
You don't have to be born naturally photogenic, you just need the right tips, and we have those right here.

How to Make Your Own Air Purifier
Getting an air purifier may not be so easy or affordable, but that doesn't mean you can't make one on your own.