The Largest and Most Unique Aquariums in the World

Jun 26, 2022 | Barnali Sarkar
Share on Facebook
You’ve probably visited black beaches or national parks around the world. How about checking out the largest aquariums located in different parts of the globe? And if you’re a marine life enthusiast, read on to know more about these aquariums holding manta rays, whale sharks and discover a whole new aquatic world.

The tag of one of the biggest aquariums in Asia can be given to the Shanghai Ocean Aquarium comprising nine exhibition zones around the world, including the Antarctic Zone, the Australia Zone, and the China Zone. Out of these, the China Zone houses numerous endangered Chinese aquatic species such as precious and rare species from the Yangtze River. But the 155-meter (509 feet) underwater tunnel, is the world’s longest underwater tunnel and remains the aquarium’s biggest crowd-puller.

The uShaka Marine World is located in Durban, South Africa. It is a theme park that houses Africa’s largest aquarium with thirty-two tanks. One can see sea creatures as varied as small sea horses to dolphins and sharks. The aquarium resembles an old wrecked ship dotted with cafes and restaurants. The most renowned of these eateries is The Cargo Hold comprising a huge aquarium the size of a wall holding sharks visible from a major portion of the dining area. 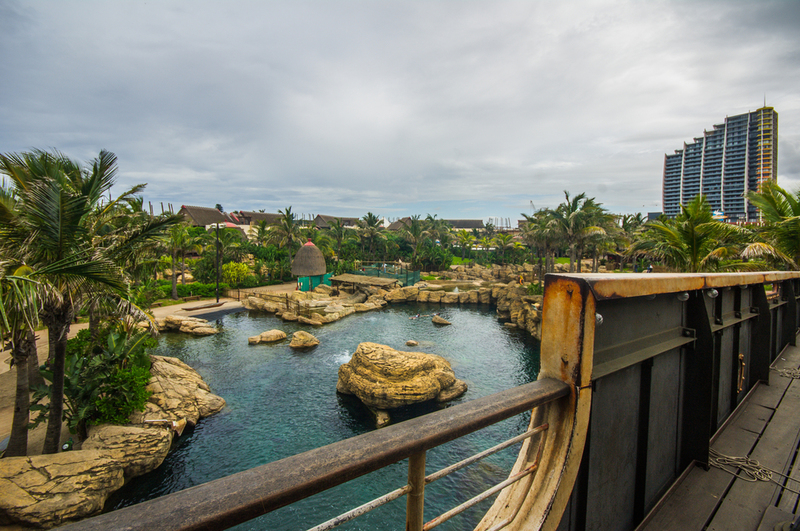 Turkuazoo became Turkey’s first big aquarium with an 80-meter long underwater tunnel to widely open its doors to the public in 2009. Located in the Forum Istanbul Shopping Mall, it features tropical seas zones, a flooded forest, and a rainforest. The aquarium holds around 10,000 sea creatures, including giant piranhas, stingrays, and tiger sharks, in twenty-nine different exhibits. 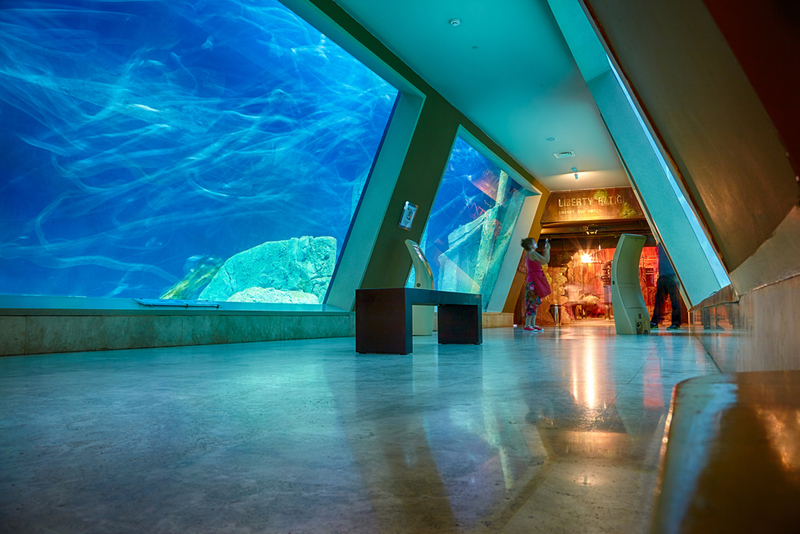 The world’s largest aquarium, the Georgia Aquarium is located in Atlanta, USA. It is home to more than 100,000 sea creatures and opened in November 2005. It is the only aquarium outside of Asia where whale sharks can be seen in an enormous 24 million liter tank. 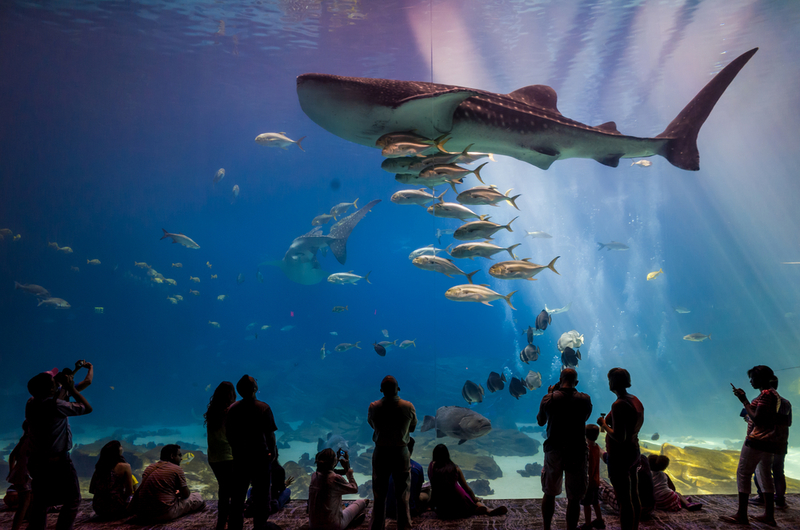 You can take your love for marine life several notches higher by putting these places on your bucket list. Start by ticking them off on your next holiday!