The Truth Behind Whole Foods

Apr 4, 2021 | Michelle Muller
Share on Facebook
Whole Foods is the divisive upscale market with a commitment to natural and organic foods and products — their trademarked slogan is “America’s Healthiest Grocery Store.” Even the biggest Whole Foods fans have to admit that their prices are a bit ridiculous. The chain has since come a long way after opening its first small store in Austin, Texas, in 1980, and now it has grown to almost 500 locations. Whole Foods has made plenty of headlines over the last four decades, from scandals to products that have caused a social media uproar? What truth is lurking under all that quinoa and organic produce?

Getty Images
When you see evidence like this receipt, it’s hard to say that Whole Foods shouldn’t be named the Whole Paycheck — $24 for 12 ounces of almond butter does seem a bit extreme. But does the store deserve its unflattering moniker? In 2016, Wedbush Securities compared Whole Foods to stores like Safeway, Kroger, and Wegmans, and found them to be about 15 percent more expensive than “conventional supermarkets.” When compared to “specialty grocers,” like Sprouts and Trader Joe’s, Whole Foods was found to be about 19 percent more expensive. However, the biggest hits to shoppers came in the meat and produced departments, where prices were 40 and 22 percent more. But what about all those significant price cuts Amazon made after the acquisition? Although some items saw cuts by as much as 43 percent, Reuters reported that an analysis showed just a 1.2 percent overall decrease in prices. In other words, unless you know exactly which products to buy, Whole Foods is still pretty expensive, and won’t be shedding that nickname anytime soon.

Trader Joe’s is known for its cheap groceries, and most die-hard fans would rather drive 20 miles out of their way than go to a Whole Foods, but how do the two stores compare after the Amazon-driven price cuts? CNBC went on a reconnaissance mission in Manhattan to find out, and the results might make you rethink your anti-Whole Foods stance. Ten comparable items were purchased at each store: bananas, organic baby kale, avocados, almond butter, sliced turkey breast, cage-free eggs, butter, ice cream, whole almonds, and milk. At Whole Foods, the total tab came to $41.45, while Trader Joe’s rang up at $37.15 — a difference of only $4.30. Yes, most items at Whole Foods were marginally more expensive than Trader Joe’s, but surprisingly, none of the products were more than $1 higher, and the milk, eggs, and avocados cost the same at both stores. Bottom line? Depending on what you’re shopping for, maybe that 20-mile drive isn’t worth it after all. 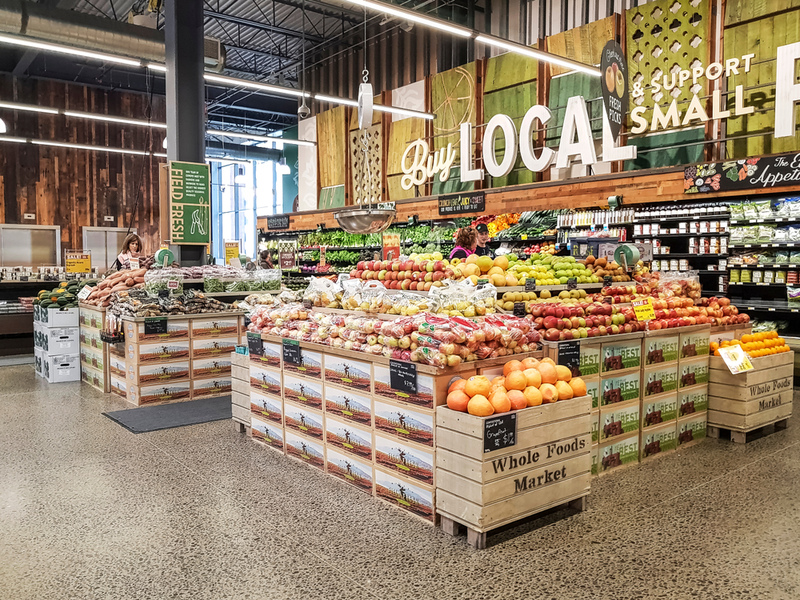 One thing Whole Foods doesn’t need to do is give haters more ammunition when it comes to the store’s high prices, but an overcharging scandal in 2015 gave them just that. An investigation of New York City’s Whole Foods stores, led by the Department of Consumer Affairs, revealed a “systematic overcharging for pre-packaged foods.” The DCA found that of 80 foods priced by the pound, none were labeled with the correct weight, and of those, 89 percent “violated federal rules for how much a package can deviate from the actual weight.” Everything from coconut shrimp to berries to chicken tenders was affected, with the amount of overage ranging from an easy-to-miss 80 cents up to a jaw-dropping $14.84. If you were lucky, you might happen to purchase one of the very few underweight packages. Whole Foods denied the allegations but ultimately agreed to pay a $500,000 settlement and implement new policies and conduct quarterly audits of the weights of their pre-packaged foods.

J.K. Rowling and the Magical Place That Inspired Her
Found in the northern city of Porto in Portugal, these places captured the imagination of the young writer.

This Animal Sanctuary Needs ‘piggy cuddlers’ to Help With Rescue Pigs
Ever dreamed of cuddling a cute little piggy? If you have, we're happy to report that your dream can officially become a reality! A farm animal rescue sanctuary in South..

Delivery Guy Becomes a Local Hero After Saving a Helpless Dog
Lending a helping hand can sometimes be a truly heroic act. Just like what this guy did on a regular day at work.