These Are the 7 Toughest Languages in the World

It’s cool to learn another language, to be able to speak and communicate fluently in another language other than your parent tongue. To do that may not be so easy, but luckily there are ways and techniques to help you learn a language that is more complex than, say, Spanish? Read on to know which ones are the toughest to learn. 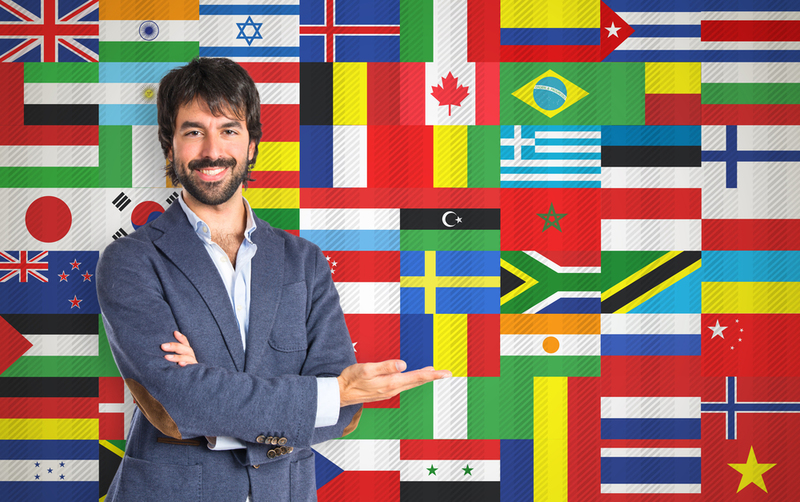 Mandarin is one of the many varieties of the Chinese language that is commonly used in north and southwestern China. Surprisingly, it is the most used language in the world. It is a tonal language, which means that slight shifts in the pitch of which can determine the word’s meaning. It has four different pronunciation types and has a phonetic script system. It sounds very much similar to the Japanese Hiragana system in terms of its visual representation. If you’re used to speaking in English, you may find Mandarin to be very difficult to pick up.

The Arabic language is not the same all over the world. It has many dialects depending on the country or region, so Arabic in Afghanistan would sound very different from that in Egypt, Pakistan, or Syria. Its letters are not easy to comprehend either, especially for beginners, since each letter has four different forms that change depending on where the letter is placed in a phrase or sentence.

They say the best way to learn Icelandic is by immersion, to live on an island where nothing much has changed since its earliest settlements. Understandably, very few people speak the language (approximately 400,000). Unlike the English language, Icelandic does not create or evolve to grant new definitions to old words.

Learning to speak or write Japanese is to understand a language that operates on a system of many characters. Its written word uses a tri-character system, otherwise referred to as syllabaries- katakana, kanji, and hiragana. The language itself, they say, has a language soul, or a Kotodama. The Japanese use the hiragana system where they make visual representations of spoken sounds or noises. The language’s katakana system is used for vowel representation; drawn from sophisticated kanji symbols. It is also used when one wants to transcribe another language. The kanji are actually characters copied from the Chinese and integrated into the writing system. Not to discourage anyone, but learning the language is made a bit more difficult because the letter “L” does not exist in its vocabulary, as they substitute it with the letter “R”.

If the most fluent English speakers directly translated their sentences according to an Asian language’s structure, say Korean, using the subject > object > action pattern, the result would be utterly comical, if not incomprehensible. The Korean language is described as a “language isolate,” which means that it bears no link to other current languages. It’s a stand-alone.

During WWII, US and Allied forces used Navajo tribesmen to communicate important messages because they knew no one in the world could intercept its meaning. It was impossible to crack. The language is complex and uses verbs to describe things. English adjectives do not have a good place in Navajo grammar once translated and, conversely, Navajo sounds cannot be translated into English.

The traits of the Basque language may have been derived from other languages, but its written and spoken methods have no foreign counterparts. It is one of the few, like Korean, to be categorized as being language isolated. There are more people in San Francisco than practitioners of the Basque language (700,000). Despite having very few people in the world who speak it, the language has still produced 5 dialects.

Winter Destinations for Snow Lovers
For most people, winter vacations mean a respite from the cold but we say it’s a magical season that deserves its due.

Holiday Travel With Your Pet Made Easy!
Just like traveling with children, traveling with your pet takes an excessive amount of planning and could be stressful. 40% of pet owners decide to take their dogs on..

Foods You Should Never Eat on a Plane
Unfortunately, you really shouldn't eat those options on a plane, both for your health and for the sake of your fellow passengers.