The world is filled with beautiful places, the problem is there are so many places and so little time! That’s why choosing a travel destination is so hard sometimes. Hopefully, the list below will make your life a little easier next time you plan a vacation. Below, we share 5 places that are not only visually stunning but are also some of the weirdest, most interesting natural (and man-made) sights you will ever see! Bon voyage!

Canada is known to have some of the world’s most stunning natural landscapes. The country’s nature and wildlife are reason alone to go for a visit. But, there is one particular place that offers a very interesting attraction: a spotted lake. In the small town of Osoyoos, in British Columbia’s Okanagan Valley, there is a lake that normally looks like any other regular body of water. But in the summer, the lake’s water evaporates and small pools (spots) of water remain, each having a unique color due to the different concentration of minerals. 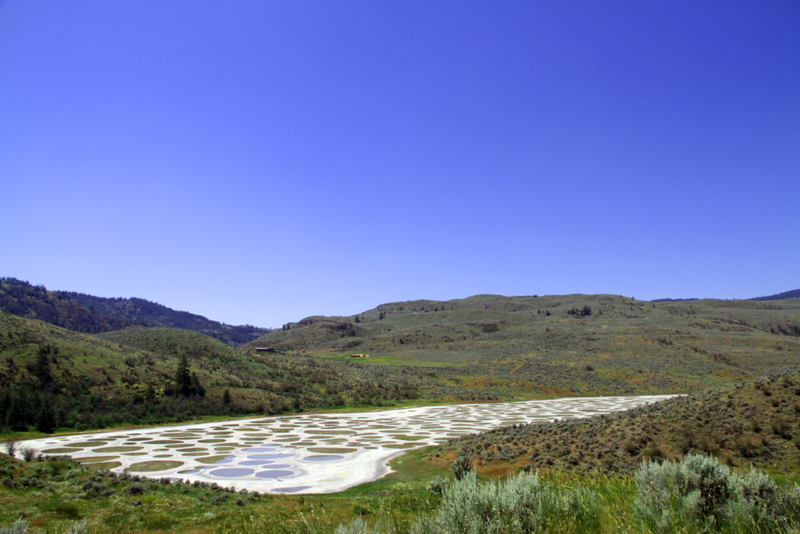 The Syilx, the native people of the Okanagan valley consider the lake to be sacred, and to be honest, it’s hard not to. This place is definitely worth a visit, just imagine seeing a lake covered with spots of water with different colors; it feels like something out of a Narnia movie. It is often called “the most magical place in Canada”

If you’re ever in Ireland, or a sucker for mythical folklore or even a hard-core believer in science, this World Heritage Site is a MUST-see. On the north coast of Northern Ireland, there’s a place where there are approximately 37,000 geometrically perfect, polygon-shaped basalt columns (igneous rocks). Now, apart from being a mind-bending visual experience, the tales behind this natural wonder are just as interesting and quirky. 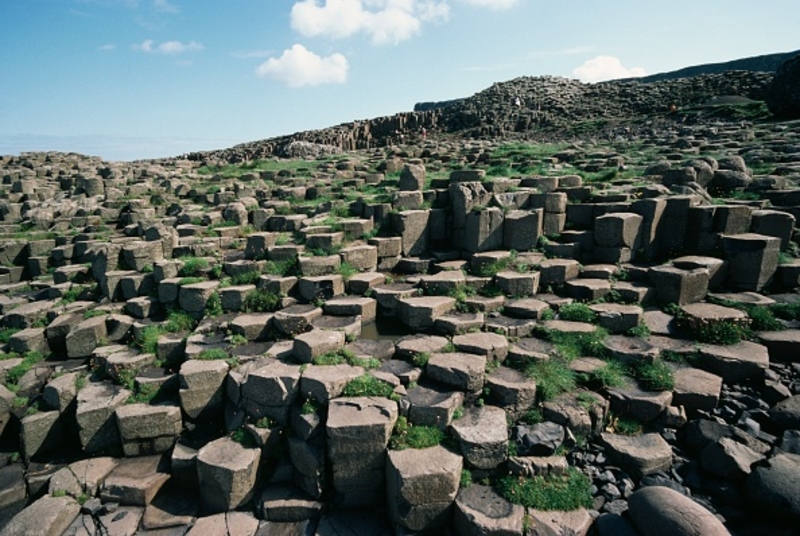 As the Gaelic legend goes, the Irish believe the Giant’s Causeway was the result of a fight between two giants, Finn McCool and Benandonner, that started to throw rocks at each other in ancient times. The scientific explanation is that around 60 million years ago, there was a massive volcano eruption in the area, which discharged a huge amount of molten basalt, an igneous rock. These rocks then solidified and got smaller as the weather got colder, thus creating the cracks that are clearly seen in the picture. However, the rocks are so symmetrical that it really does look like a giant perfectly placed them there. Guess you’ll have to go and decide for yourself.

Now, this is one place that is so alien-looking and weird, we’re sure many people’s first reaction to the photo was, “that’s photo-shopped”. Alas, it is not. This psychedelic-colored geyser actually exists. The Fly Geyser sits on private land of 3,800 acres, in Black Rock Desert, Nevada. The land belongs to the non-profit Burning Man Project since 2016. Even though this is a sort of accidental “man-made” wonder, it is still something out of this world that no one should miss witnessing. It originated in 1964 when an energy company tried to drill a well and hit geothermal waters. 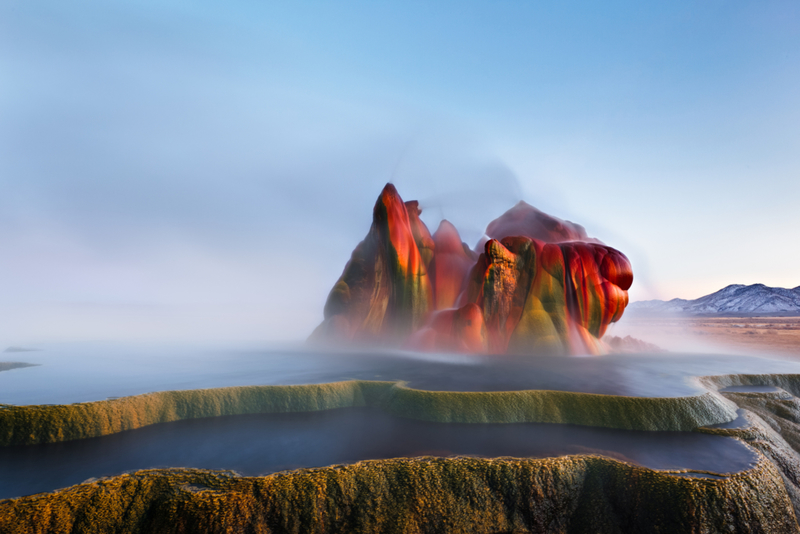 Upon realizing they couldn’t use the water for farming, due to its scalding, 200-degree temperatures, they left it be, and a 12-foot mineral cone was formed. And those mind-boggling brilliant red and green colors? A result of thermophilic algae, which flourishes in hot and moist environments. The amazing thing is, it grows a few inches every year since minerals from the waters are constantly forming over the surface. So in another 20 years, it will look even weirder! For the first time in decades, the Fly Geyser was opened to the public in 2018, and tours are now available, on which you can see not only this ever-growing alien mound, but also enjoy hot and cold springs, wetlands, and much more. However, make sure to store the image in your memory, since no devices are allowed on the walk!

The Hand in the Desert, Chile

The vastness and monotony of the Atacama desert in Chile is interrupted by a mesmerizing sight. In the middle of the desert, about 46 miles from the city of Antofagasta, a 36-foot hand rises out of the sand. It was made by Mario Irarrazabal, a famous Chilean sculptor that often portrays human suffering and loneliness through his works. However, if you’re keen on visiting, make sure to take the necessary precautions when driving through the desert, since the seemingly never-ending dunes and salt flats can have an exhausting effect. Oh, and don’t be shocked to see dozens of skeletons and shrines by the side of the road, they’re a result of the many deadly car accidents that have occurred in the area. But don’t be discouraged! A big cup of coffee, lots of water, sunscreen, and some food will get you there safely! 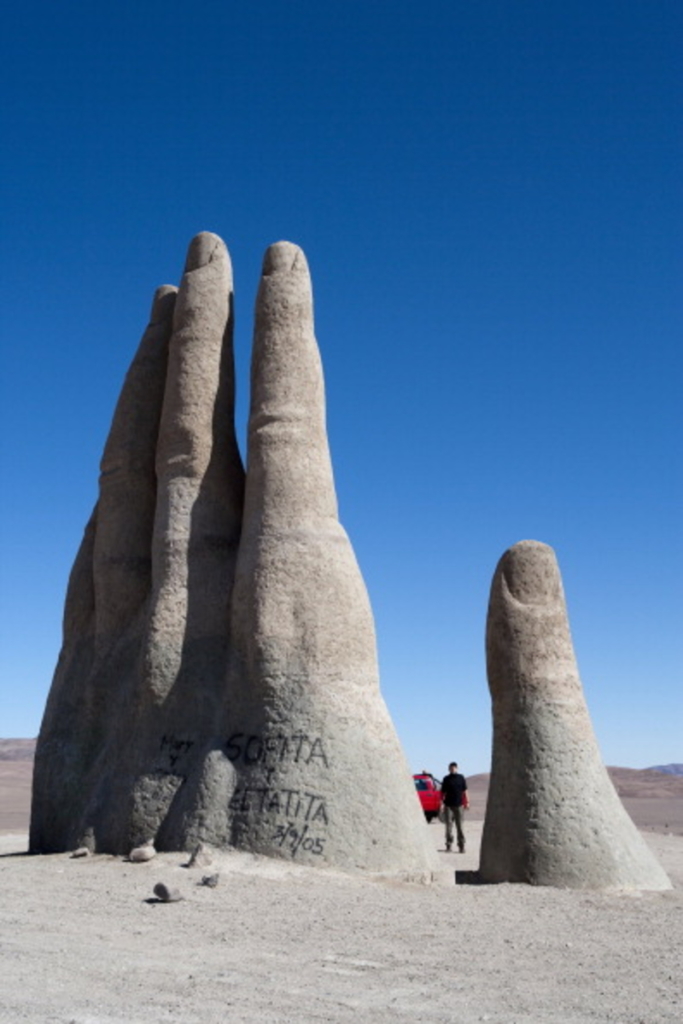 Even if you’re a dog lover, you’ll be mesmerized by this island in Japan. Tashijorima, an island off Japan’s east coast, there are 10 cats for each human, and the island has a population of 100 people, so you do the math. One of the island’s main exports is silk, and mice are a powerful predator of silkworms, so it only followed that cats be introduced in order to eradicate the problem. Fishermen consider felines to be good luck, and there is even a cat shrine on the island. Oh, and, if you want to go the extra mile, they have a new hotel that features several cat-shaped cabins for tourists to sleep in. Needless to say, you’ll have to leave your pet dogs at home, since they are definitely not allowed on this cat-lovers paradise. 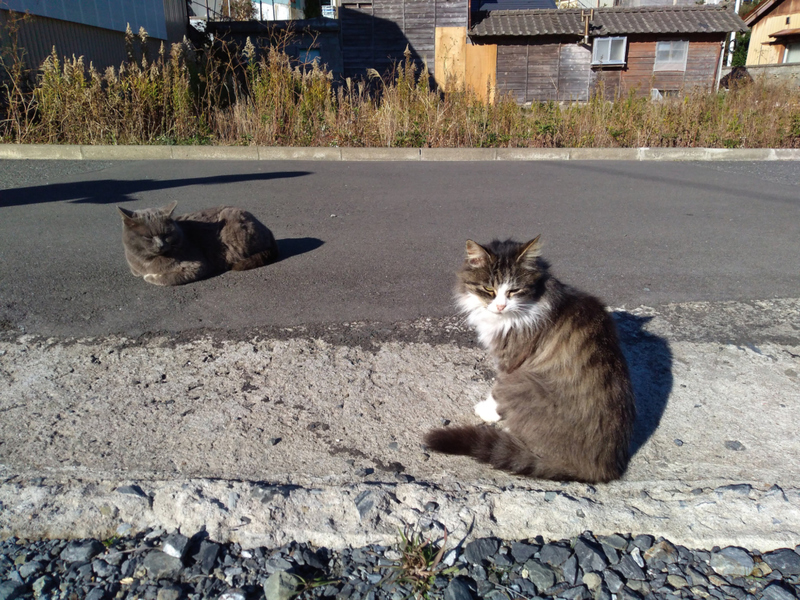