Apr 27, 2022 | Ofek Hagag
Share on Facebook
We’ve all had our superhero fantasies growing up, but almost none of us act on them when we grow up. Almost. One guy in Chile has never given up on his Batman dream and is feeding the homeless dressed as his favorite superhero. And hey, if you’re going to help the underprivileged, you might as well do it in a Batman suit. 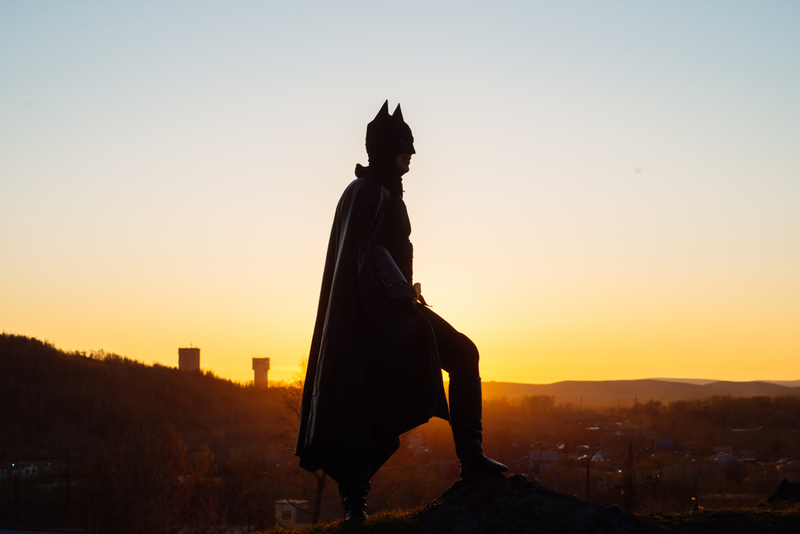 Shutterstock
For the homeless, every day is a struggle. (Even more so in 2020.) Worrying about your next meal or knowing whether you’ll find a place to rest your head for the night are things that homeless people face on a daily basis. Helping hands aren’t always easy to come by, but there are such hands roaming the streets of Chile, and they are clad in a pair of black Batman gloves.

How it all began

Chile has an unemployment rate of 12%, which means that approximately every tenth person you meet on the street there is out of work. One mysterious good samaritan decided to extend the best help he could. He started out with some homecooked meals which he handed out to the homeless people he saw in Santiago, but he wasn’t in it for praise or pats on the back as no one can know who the man under the Batman suit is.

This man draws all the motivation he needs from just seeing the grateful looks on the faces of the people he feeds. He has no need in public press or media attention, but he knew that people were bound to notice his actions so he thought he’d make the most of it and dress up. And honestly, he couldn’t have picked a better disguise. While most superheroes out there use their superpowers to help the helpless, batman is a mere human with no special powers. Maybe that’s the mysterious Chilean’s message — anyone can be a superhero if they do the right thing. (In the right suit, obviously.)

Billie Eilish Doesn’t Play Well With Others
Though she notoriously likes to work alone, Billie Eilish does have a few collaborative projects under her belt.

How a Non-Artist’s Goofy Art Helps the Homeless
Phil Heckels sells his goofy-looking art and raises money for charity in the process.