What Is Air Frying and What Is It Good for?

Oct 10, 2021 | Ofek Hagag
Share on Facebook
Modern-day kitchens are loaded with tools, gadgets, and gizmos, and more of them are constantly being invented. But the latest and most intriguing of those cooking trends is the air-fryer. Patented in 2005, this invention has had people arguing over its pros and cons for a while. Both sides make valid points but we’ll leave it to you to decide which side you’re on. 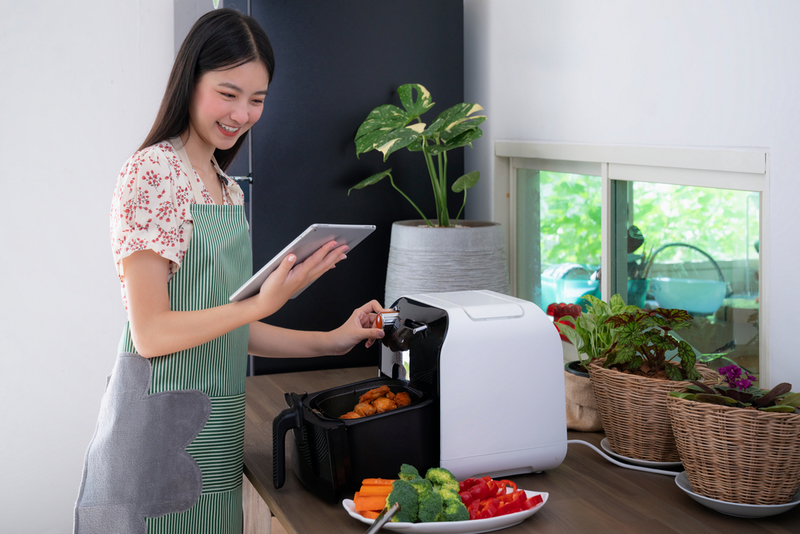 A little bit of history

Turbochef Technologies were the first to patent the air-fryer in 2005, originally intending for it to be used in hotels. In 2010, Phillips re-introduced the Airfryer to the world as part of the Berlin Internationale Funkausstellung fair and got all of Europe buzzing over it. Not too long after the fair, the Airfryer sales skyrocketed, and five years later people worldwide could easily get their own at a local store for 59-119 dollars. But Phillips was soon chased by rival companies such as Faberware and Elite.

How do you fry with air?

Well, you don’t fry your food on thin air per se, but it does help you reduce the amount of fat or oil you cook with. The technology at the base of air-fry cooking is a small fan that heats the food rather than the open flame on your stove. When the fryer is hot enough (230 °C tops) and the heat is evenly spread, it can cook your food much faster than regular frying. You can save up to 20% of your regular cooking time. Think of all the things you can do with that time saved!

Why is it good?

First of all, it saves energy, and we’re all about being energy efficient. Just as a reference, a standard stove takes anywhere between 1,500 and 3,000 watts for one sitting. An air-fryer would only use 1,200 to 1,500. Less power used=more money saved. Also, standard fried food is unhealthy as you probably know. When you reduce the fat and oil, you reduce the risk of diseases such as cancer and clogged arteries. Your body will thank you. Another point in the air-fryer favor is that you don’t have to be a genius chef to operate it. Just read the instruction manual and get cooking.

Why is it bad?

Naysayers obviously have objections of their own. New owners of this gizmo try to apply their knowledge of regular ovens to this one, not realizing the cooking times are shorter when you air-fry. Then they end up with burnt charrs instead of French fries. Another con is that air-fryers are much smaller than regular ovens and can usually cook dishes for one or two people. Anything more than that would have to be split into smaller portions and take much longer to cook.

Everybody’s Buzzing About Oat Milk and You Should Too
Oat milk has been gaining more popularity over the years. Read on to learn more about it.

The Virtual Emmys that Changed the Game
The 2020 Emmys looked a lot different, but that in no way did that mean it was any less special. The show was packed with era-defining moments and record-breaking..

Get Closer to Your Dream Job From the Comfort of Your Own Home
While your current job may pay the bills, it might not be your dream job.