Ghee’s cooking process is similar to an Indian version of clarified butter, and both have been regularly compared. But ghee’s toasted, nutty taste differentiates it from the other, a result of milk solids browning as the butter it is mixed with melts. Following its age-old tradition of cooking means going through a fermentation process. This adds a tangy note and it comes with cleansing benefits. 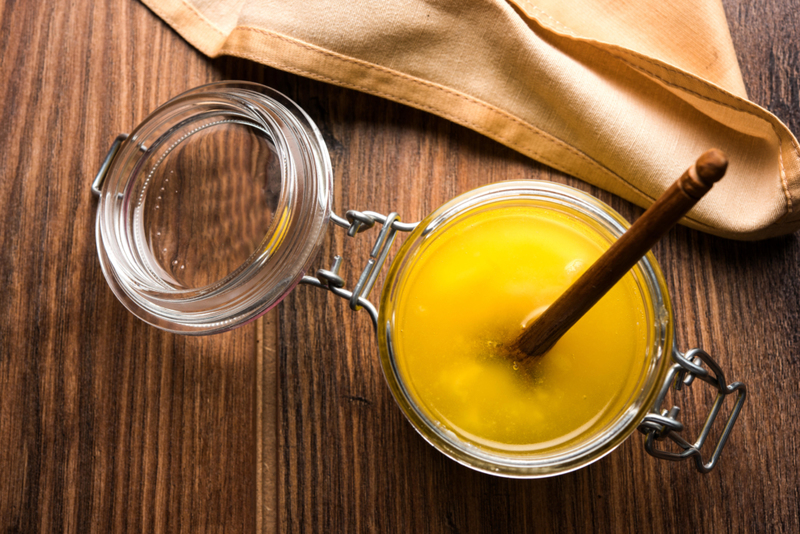 Over the past few years, ghee has become more popular, a staple in paleo and ketogenic diets. Its price ranges from $6 to $12, making it an affordable recipe. Read on to learn how to make one at home.

How to Make Ghee from Butter

It takes more time to cook ghee compared to clarified butter. Both are made of pure butterfat, which is achieved by gradually melting butter (unsalted) to filter out milk solids and water. The milk solids need to be browned for a more nutty and caramel taste.

For starters, melt a stick of butter over low heat. You may try more in a saucepan later on for a bigger batch. Notice the milk solids separate from butterfat and water in 5 to 10 minutes. Continue to let the sunken milk solids brown, raise the heat level to medium, finalizing the evaporation of its water content. Skim off the layer of milk solids in the form of white foam as the melted butter simmers. In 5 to 10 minutes more, the milk solids shall be completely browned and you can pick up its whiffs of toffee flavor. Use cheesecloth to strain the butter. Watch out for milk solids getting mixed in. If you see milk solids in the pan, discard them. It must remain purely of butterfat. This increases ghee’s smoke point to at least 400°F, compared to regular butter’s 250°F, making it a perfect alternative to vegetable oil.

With milk solids and water filtered out, there’s a slim chance for bacteria to thrive. Refrigerate ghee and it can last up to a year. At room temperature, it holds for only up to 3 months. Place it inside a container that’s air-tight and freeze it, so it will last for years.

How to Store Ghee

You can store it in an airtight container, in a cool and dark place, at room temperature. But we prefer having it in a mason jar, typically inside an open container, in the refrigerator. 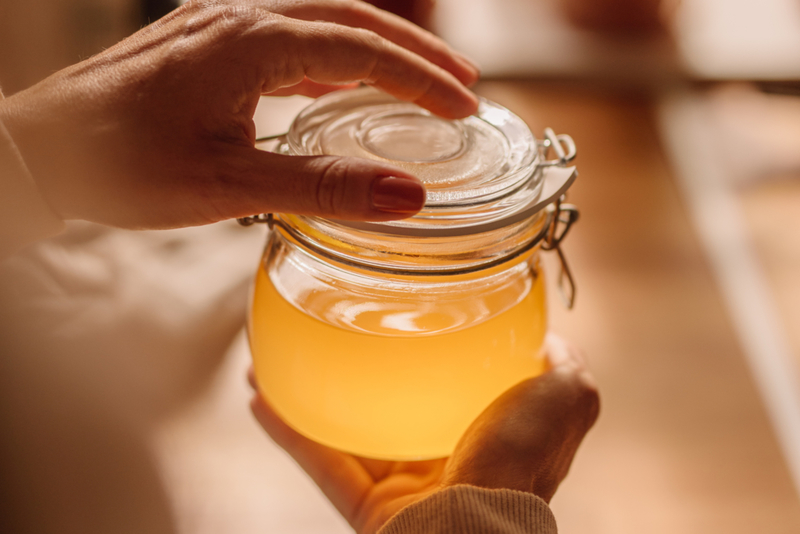 Is Ghee a Healthier Option?

Because of the fermentation process that takes out the milk solids, ghee is great for those who are lactose-intolerant. According to an Indian Holistic system, Ayurveda, it’s overall a healthier choice compared to butter. It’s said to have cleansing properties, helps in bowel movements, and is anti-inflammatory.

Still, there must be limits to its consumption due to its having a higher saturated fat content. Taking too much of it can cause a chronic diet-related illness. The key is to have it in moderation.

Foolproof Tips to Make a Camera Love You
You don't have to be born naturally photogenic, you just need the right tips, and we have those right here.

How to Make Your Own Air Purifier
Getting an air purifier may not be so easy or affordable, but that doesn't mean you can't make one on your own.